Thus far my Alliance series includes four novels, with more to come. Thus far as well, I've concentrated on my favorite creation, the Sah'aarans. But my universe contains a number of other species, ones I've barely begun to explore. Will I ever write a Quadrian novel, or a Centaurii? Only time will tell--though the material is certainly available. But in the meantime... 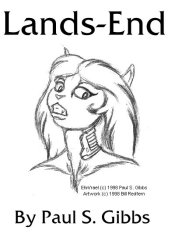 "Lands-End" What can I say? I really, really like this story. Commander Ehm'rael, a young Combined Forces engineer, finds herself up to her whiskers in trouble when she is sent to an ocean planet to build a deuterium-cracking plant. Embroiled against her will in a conflict between the planet's amphibian rulers and a minority of normal humans, certain that the rival Chrysaoan Hegemony is about to invade, she finds herself with an unlikely ally: the Chrysaoan's own representative, a Sah'aaran cyborg named Sah'ahl. Abducted, suspected of espionage by humans and amphibians both, Ehm’rael is thrust into a situation which will change her life forever. Rated PG for mild violence and non-explicit sexual content. 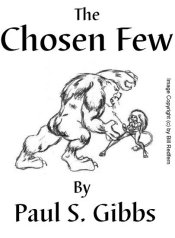 "The Chosen Few" The one that started it all. When her long-sought promotion is denied, Lieutenant Ehm'ayla accepts a transfer, hoping that the fresh challenges of an important survey mission will make her more visible to the Admiralty. But her new commanding officer has an agenda of his own--one that most definitely does not include non-humans. Plunged into conspiracy and danger, not knowing where to turn, Ehm'ayla must call upon every bit of her native cunning to emerge with her career--and her very life--intact. Rated PG for mild violence and non-explicit sexual content. 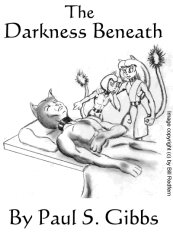 "The Darkness Beneath" This one takes place some twenty-two years after "The Chosen Few." Ehm'ayla, now a respected Commodore, is saddened to learn that Dr. Sah'larrah, her old professor and one-time lover, is missing and presumed dead while exploring a huge Sah'aaran artifact known as the Undercity. Rushing to Sah'aar with her human husband and teenage kits in tow, Ehm'ayla soon begins to suspect that Sah'larrah's "death" might not be quite as cut-and-dried as it seems... Rated PG for mild violence. 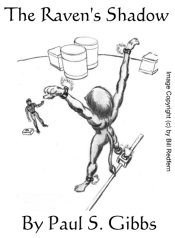 "The Raven's Shadow" Joel Abrams, Commodore Ehm'ayla's husband, and their teenage son Tom (a budding engineer) journey to Centaurus Minor to attend a series of design meetings for a new class of Survey vessel. Prepared to be bored out of his skull, Tom instead finds himself with more excitement than he can handle, when a deranged CF officer tries to kill him. As they Investigate, Joel and Tom become convinced that something far more sinister is behind the crime than simple dislike for Sah'aarans--especially when a dark figure from the past makes its presence known. Rated PG for violence.

"The Visiting Moon" Set in the weeks following "The Chosen Few." ESV Zelazny, headed home to Terra, encounters a strange object tumbling its way across an uninhabited solar system. Is it natural, or an artifact? And if the latter, what does it represent? With no hope of assistance arriving in time, Captain Haliday and his crew--including a newly-promoted Lieutenant Commander Ehm'ayla--must use all their training and resources to answer these questions, before time runs out.

"The Raven's Master" Accompanying her notoriously-contentious mother to a conference on Quadria, Ehm'rael Abrams expected fireworks--but she never expected to be trapped in a building surrounded by rampaging anarchists. Separated from Ehm'ayla, and having discovered that the riots are merely a cover for something far more sinister, Rae and her new-found friend must unravel a tangle of hatred and revenge--before it's too late.